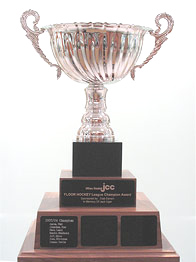 This award is dedicated to the memory of a former league player, Eduard Koehl, who passed away suddenly of a heart attack while playing on Monday, November 23, 1998. Ed consistently demonstrated a positive spirit in the game with his tenacious, hard working, and clean style of play. It is his example that serves as a guiding force in the philosophy and style of this league. 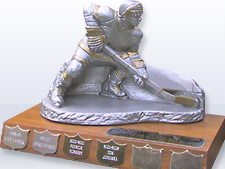 During the last week of the regular season, league members are asked to vote for the player who demonstrates these combined qualities of sportsmanship and hard work. Previous winners of the award are:

Defensive Player of the Year

Rookie of the Year